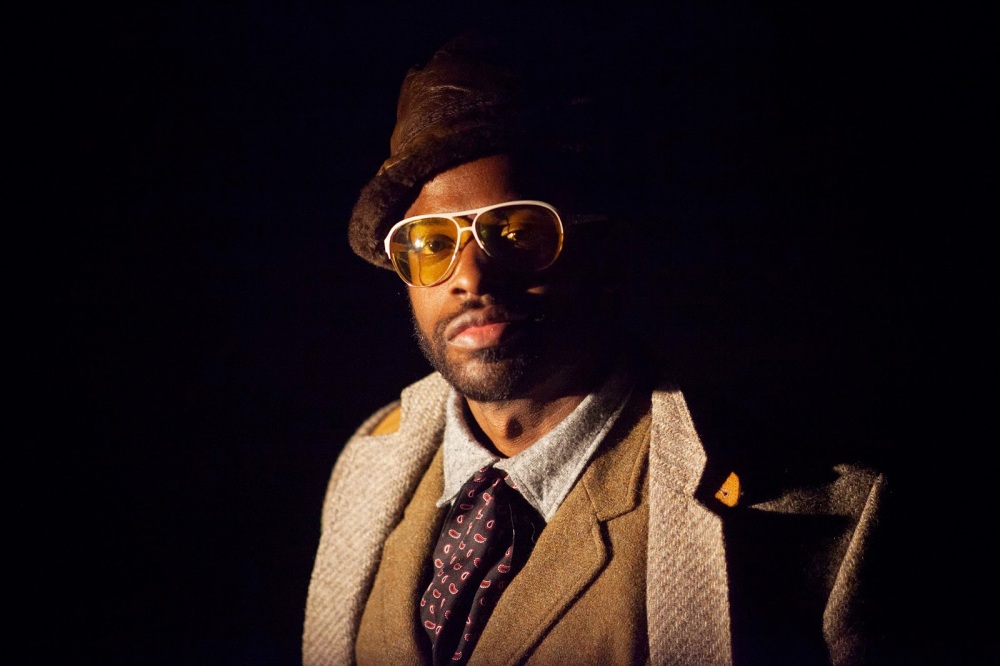 [From Excellent Reception : Episode 4]
By lil’dave

Some artists set rules and limitations for their music making process. This type of manifesto quickly narrows down the seemingly infinite possibilities they have to approach creating. At the same time, it gives them the opportunity to find all of the treasures that are hidden within those limitations.

One music artist who has a adopted a similiar type of personal policy is Adrian Younge. He originally cut his teeth by sampling music into the MPC to make hiphop. This opened the door for him to develop an interest in making songs like the ones he was sampling. Instead of making simple beats, Adrian picked up a variety of instruments and started composing complex musical arrangements. He created a studio space that was free of computers, and instead started recording directly to 2 inch tape and using vintage gear alongside analog equipment.

Unlike many of today’s retro-soul bands, Adrian isn’t trying to resurrect Northern Soul or James Brown-style funk. His approach shadows the psycodelia of David Axelrod, the spaghetti western scores of Ennio Marricone, and the 60’s orchestral work of Quincy Jones. The vocalists on his recordings aren’t pigeon-holded into singing simple R&B hooks. Instead, they work the full dynamic range of their voices as they belt out lyrics that give us insight into the stories that the music is trying to tell us.

Hiphop still has a huge place in his work. Adrian’s collaborations with legendary MCs like Ghostface Killah and Souls of Mischief have broken down the walls of how a rap album could be put together. His compositions have also become sample fodder for producers like DJ Premier, whose collaboration album with Royce the 5’9 was all sourced from Adrian Younge’s material.

Adrian’s musical catalog has grown at a rapid rate over the past few years. He has released album after album and collaborated with such artists as Laetitia Sadier of Stereolab, William Hart of The Delphonics, Bilal and many more. But, all of this started with his work on the soundtrack to the movie Black Dynamite, which first exposed the world to Adrian Younge and his band, Venice Dawn. His score was the perfect finishing touch of authenticity to a movie that is a modern-day spoof of 70’s blaxploitation movies. One of the highlights of the soundtrack is the Isaac Hayes-invoking  that accompanies the films’ animated love scene.

This is an excerpt from the Excellent Reception podcast.  Each episode our host, lil’dave, talks about the stories and influences around a group of carefully selected songs.  Subscribe to the podcast now via iTunes.